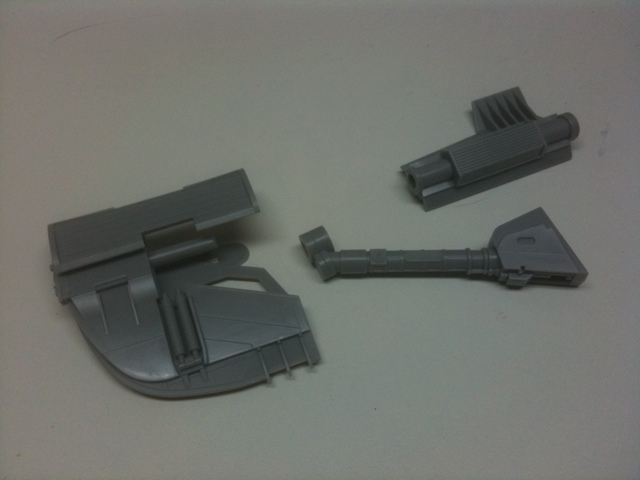 Today, I finished up the right wing subassemblies, which are basically a mirror image of the left side I completed earlier. Each wing has a rod that is to slide through the support strut into the third piece, which I’ll refer to as the wing mount. The wing is supposed to rotate freely through the support strut so that the wings can be displayed in either the horizontal or vertical positions. A quick test-fit showed the fit through the strut was a little tight, so I had to file down the rod and the inner diameter of the strut section to get a good fit. 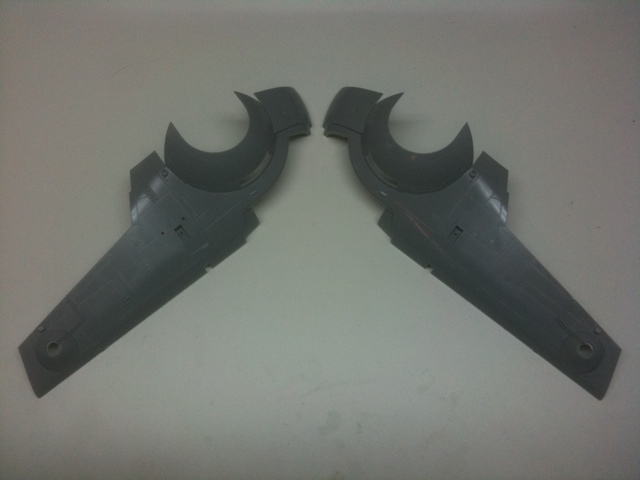 After the wings were finished, I moved onto the fuselage. I separated the two halves from the sprue, and filed down the minor flash that was left over. Overall, the two pieces look pretty good, although the right half does have some rough spots around the upper canopy area that I’ll mostly likely need to putty over. This isn’t a huge deal as I plan on puttying over the seam that will run down the length of the fuselage once the two halves have been put together. I’ll leave that for next time though.