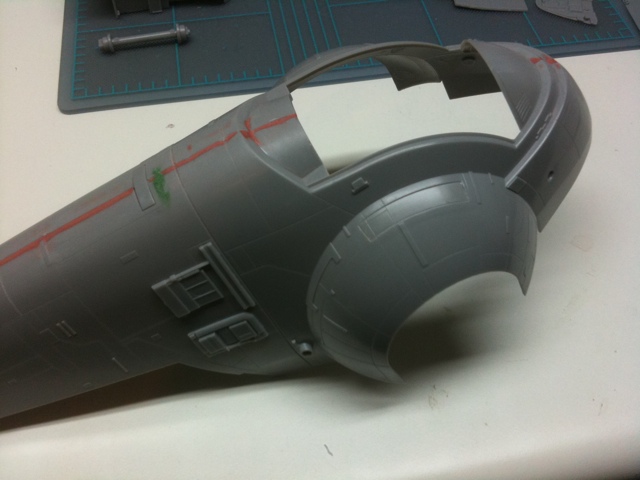 It’s hard to believe it’s been almost three months since I’ve been at my workbench, but such is life…

Anyway, I managed to get back to Slave I today. After having puttied and sanded the main seam between the fuselage halves, I had to rescribe some panel lines. I did this using a Tamiya scriber and a flexible ruler I picked up at Staples to use as a guide. It looks pretty good, but I won’t know for certain how well it worked until I apply the primer later on.

Next, I added some of the detailing pieces along the hull, and I also attached the small piece that over-hangs the main cockpit area. Due to some misalignment I had with the fuselage halves, this piece didn’t sit quite right. I soaked it in some hot water until it softened, and then gently bent it into shape before gluing it into place.