For my birthday last year, the family chipped in and preordered me the Anovos Han Solo Bespin Ensemble (standard line). The costume arrived just before Thanksgiving, so I was very excited to give it a test-fit and snap a few pictures. 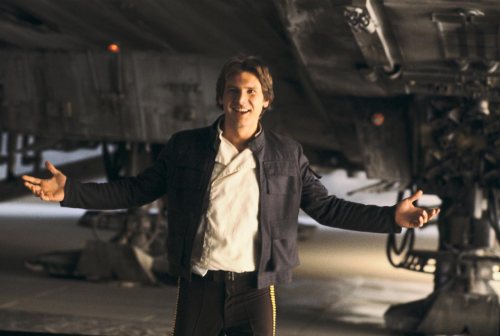 Han Solo in The Empire Strikes Back

This a replica of the costume worn by Harrison Ford as Han Solo in The Empire Strikes Back, one of my favorite movies.

The costume consists of a cream-colored undershirt, a blue jacket, and Han’s trademark pants with yellow Coreillian bloodstripes. I also opted for the Anovos leather belt. Not included are Han’s famous gun belt, blaster, boots, and a Wookie.

Being the standard line, as opposed to Anovos’s premiere line, the jacket and shirt are made from a less expensive, poly-cotton material. Nearest I can tell, the pants are identical between the premiere and standard lines as my packing slip referred of them as premiere line pants, so that’s a nice bonus.

I think Anovos has done an excellent job replicating a very iconic costume.

For the price, I think you’ll be hard-pressed to find a better looking Solo ensemble out of the box.

I’ll be having the shirt tailored for sure, and may even have the jacket adjusted slightly depending on how the shirt turns out.

I also have a pair of boots and the Solo gun belt on order, so look for a write-up on the completed costume coming soon! 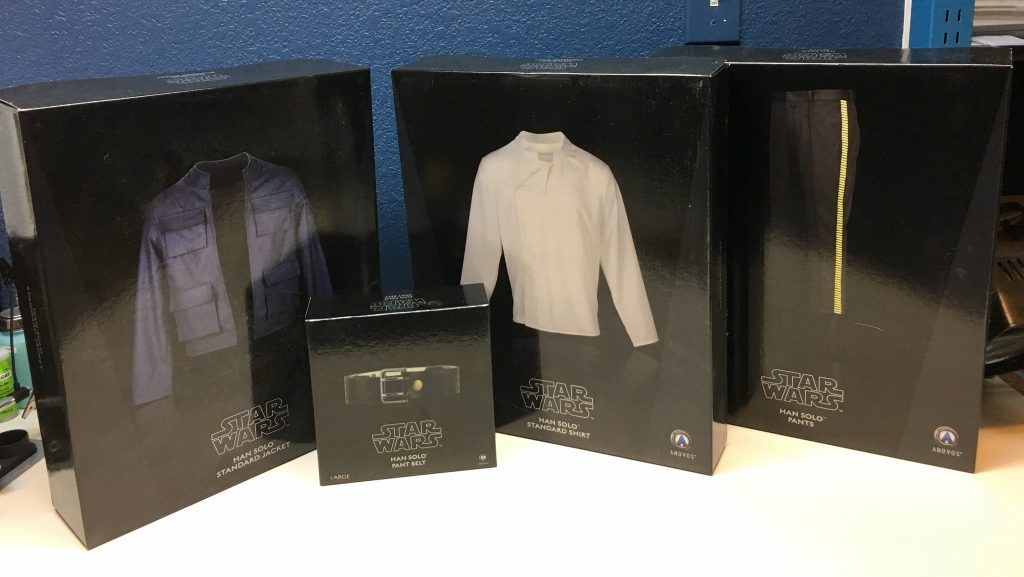 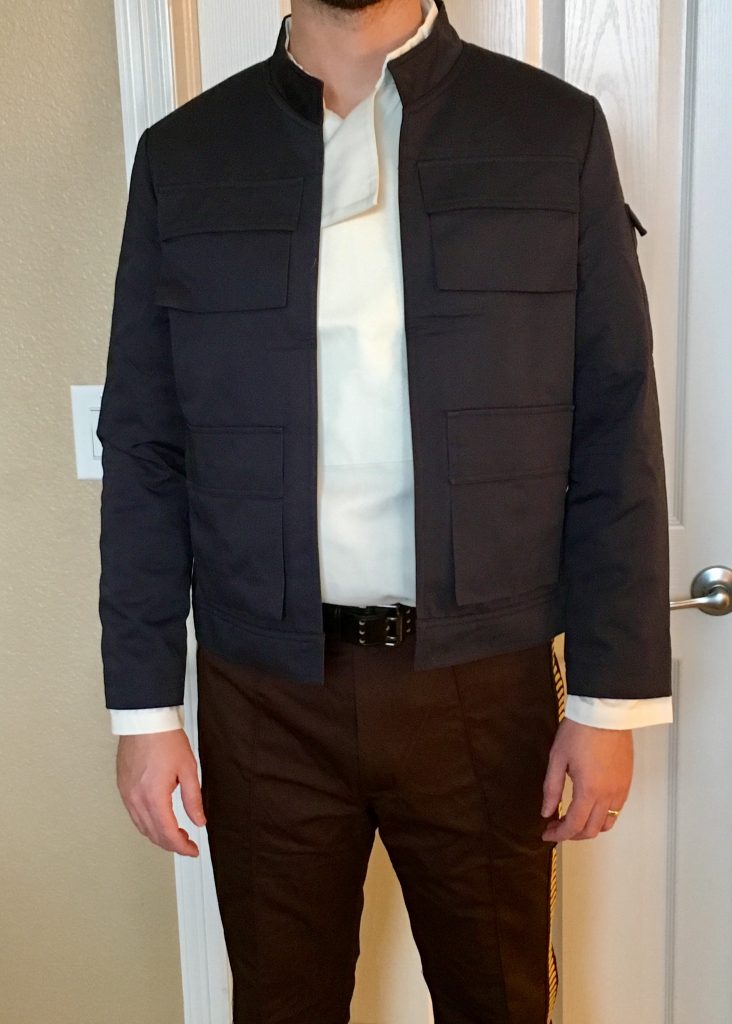 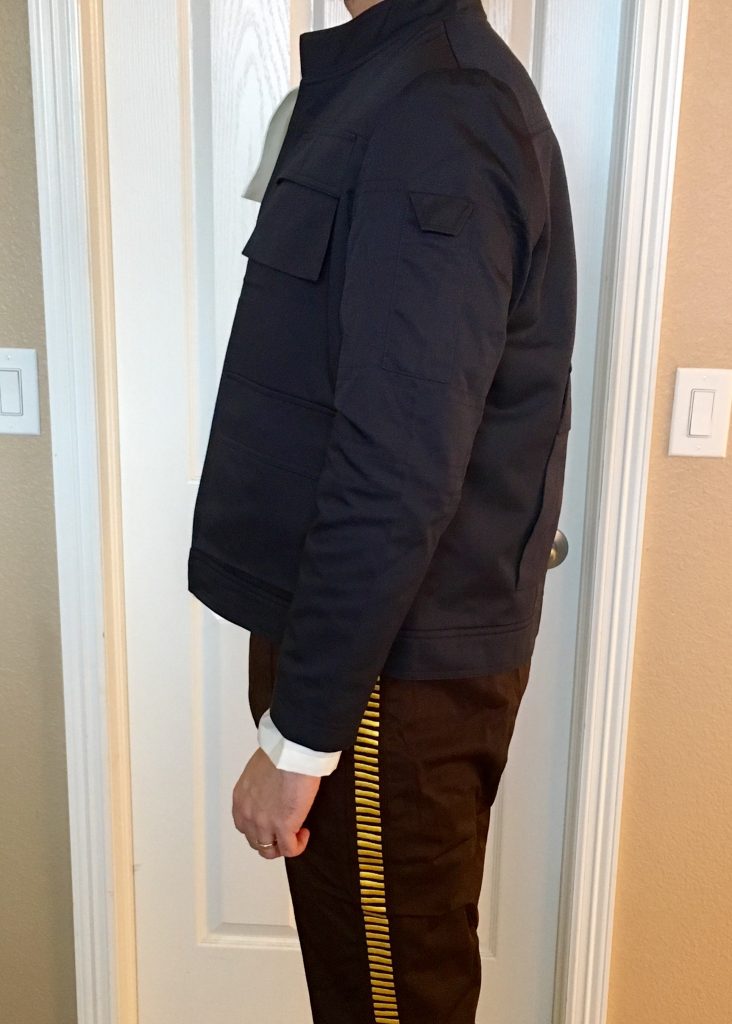 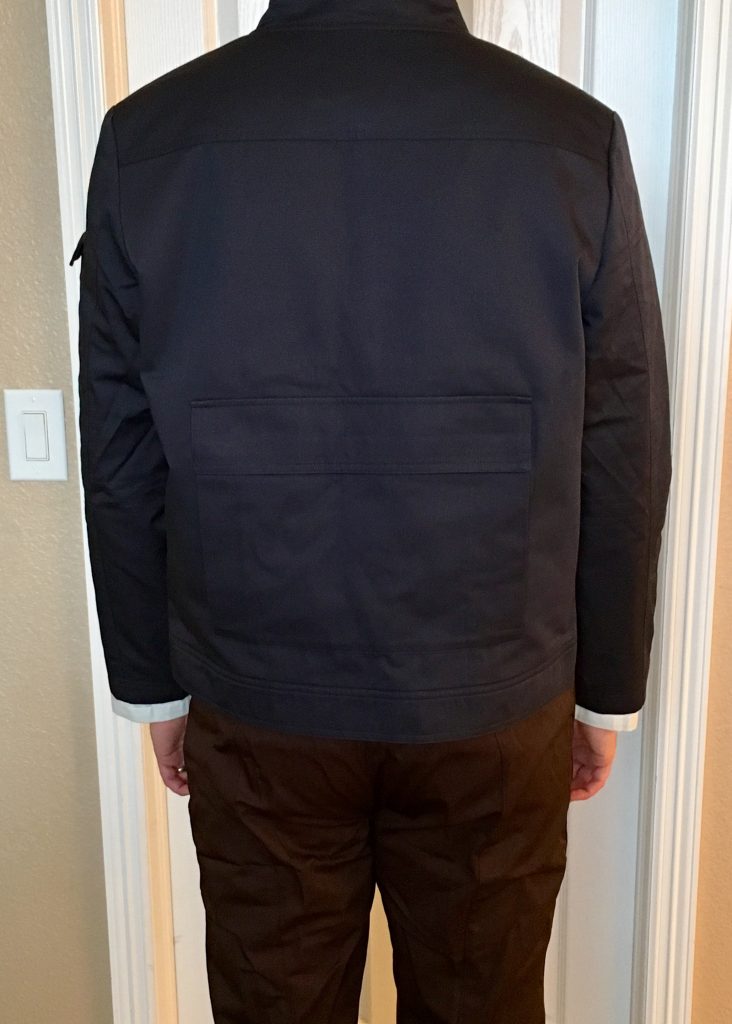 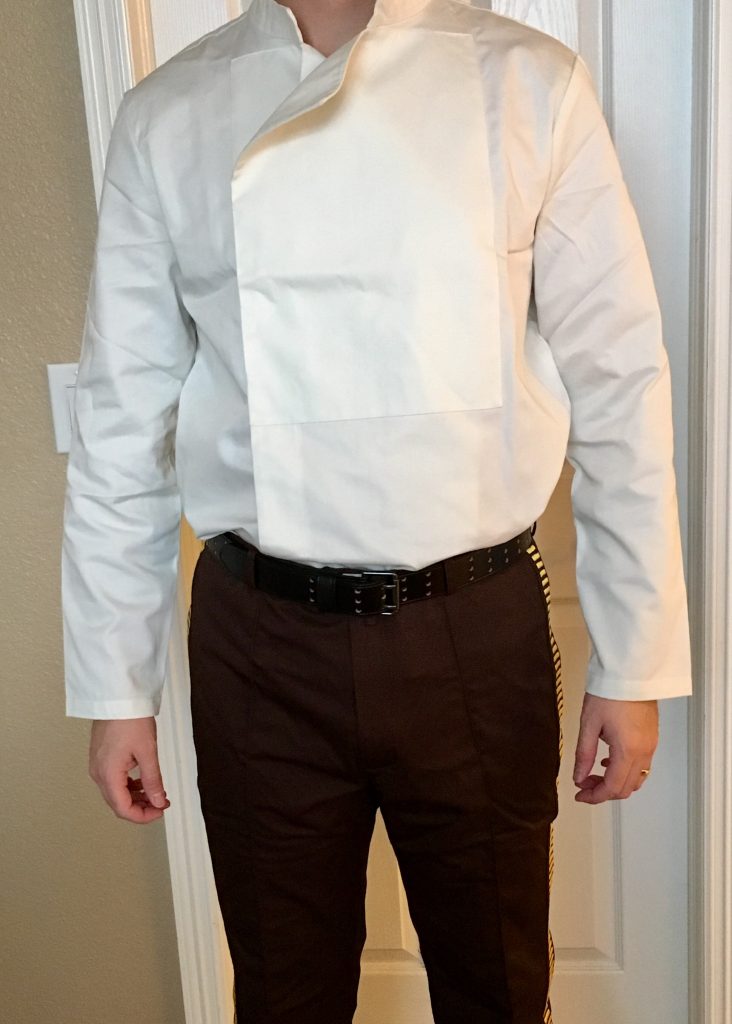