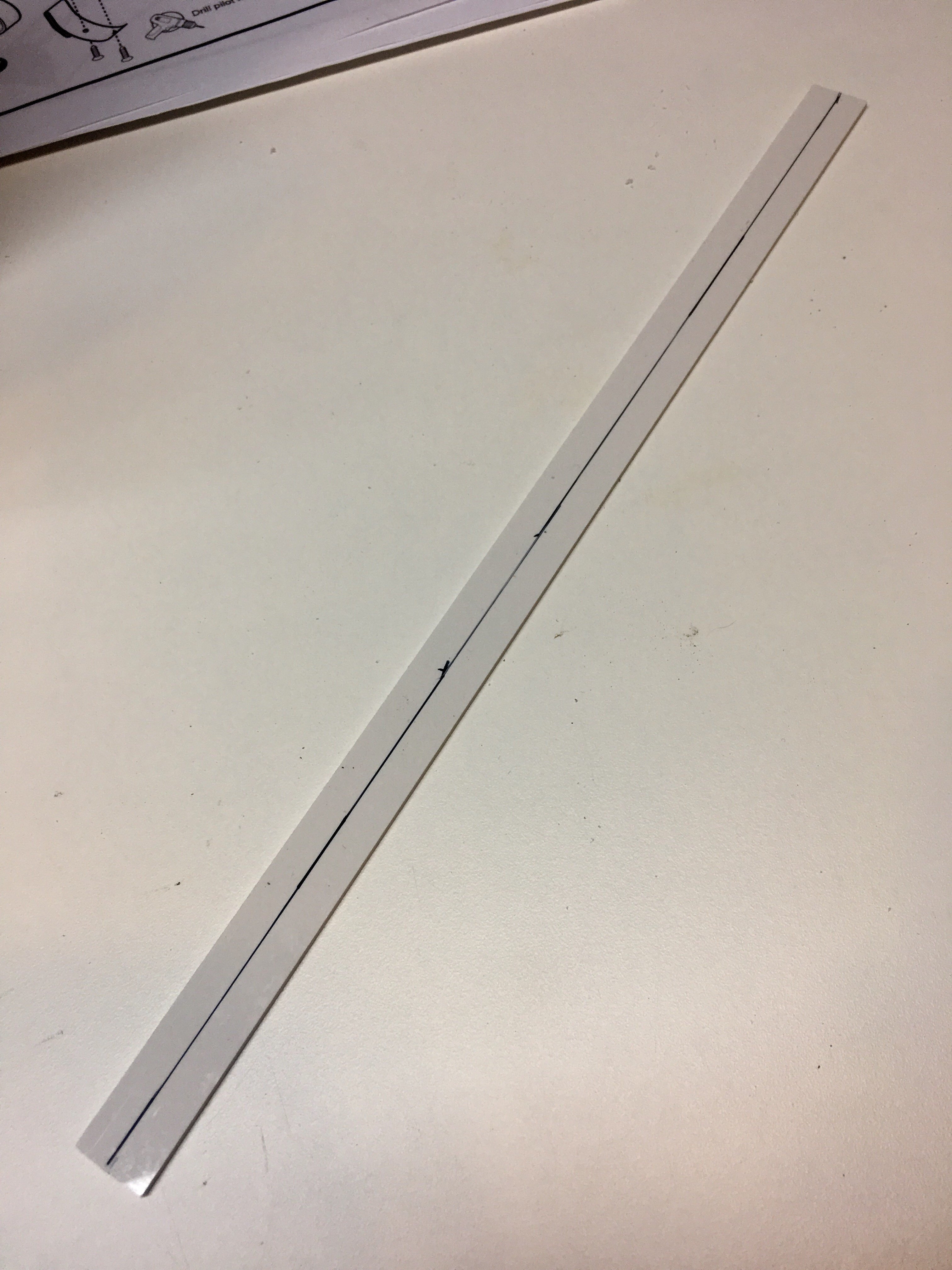 After months of procrastinating, it was time to start glueing the pieces of the kit together. I started with the right forearm. I first gave the two halves a test fit using some low-tac masking tape. Since I have a slender build, the forearm was a little too large for me, so I sized it to fit a bit tighter. I overlapped the two pieces until they fit well, and then measured the amount of overlap. I then divided that amount by two, and removed that amount of material from each side of the forearm. Since the cover strip is sized specifically for the width of the front-facing piece of the forearm, I removed the extra material from the back seam.

I then put the cover strip over the joint to measure how long it had to be, and cut it to length with my lexan scissors. 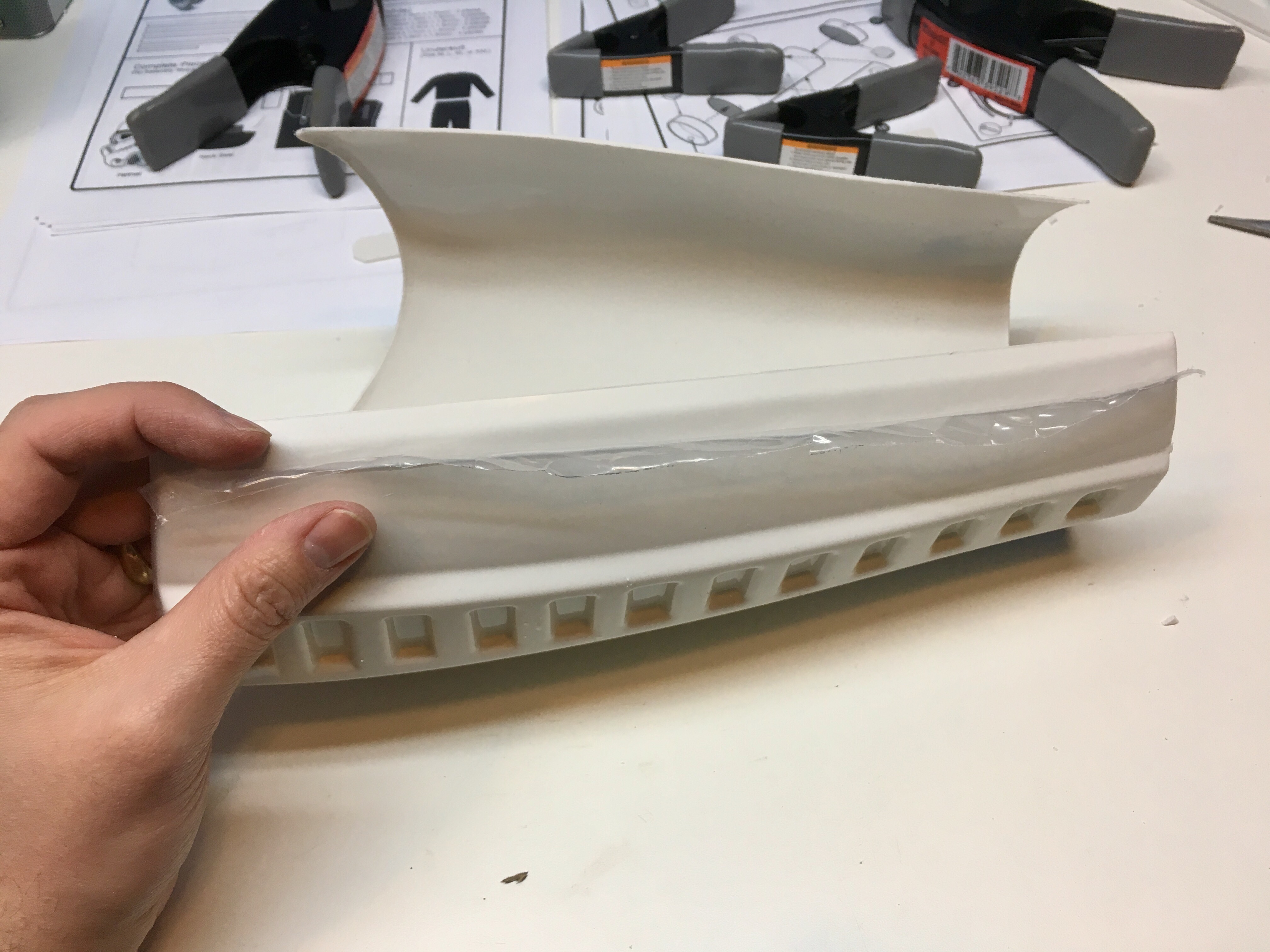 Pealing Back the Plastic

Then it was time to start glueing! Since this is the first armor kit I’ve ever built, I’m taking my time. The general recommendation is to use E6000 adhesive, as it is cures very slowly allowing for some adjustments if needed. It also allows for the cover strip to be removed and redone should a mistake be made.

But before you start glueing, it’s important to remember that the armor and cover strips come covered in a protective coating of thin plastic, which has to be removed prior to applying the adhesive. Here you can see I pulled back just enough of the plastic to expose the edge of the seam, but I left the rest of the piece covered to protect it while I continue working. 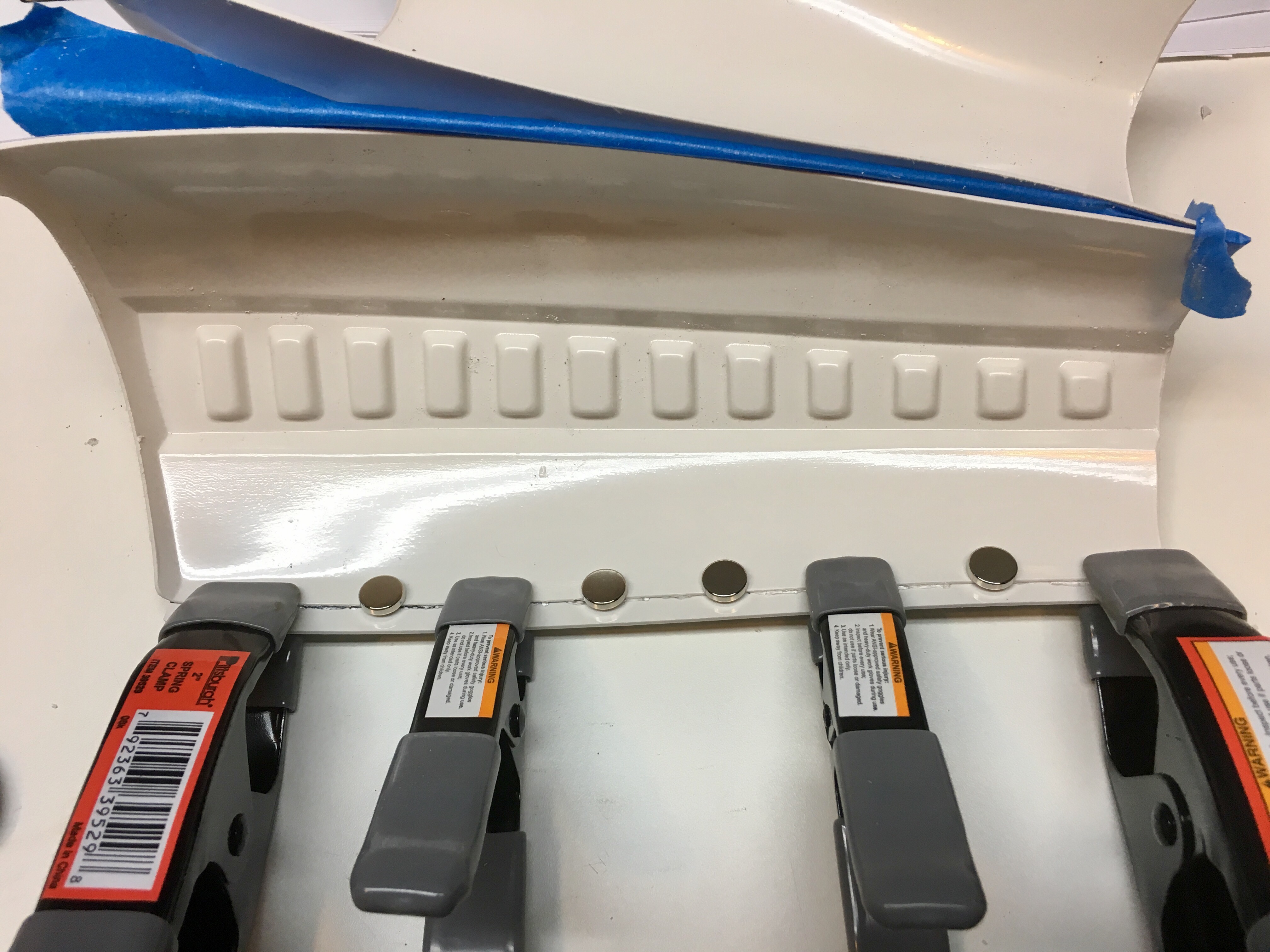 Once the plastic was pealed back, I scuffed up the edge of the seam with some sandpaper to help the adhesive adhere to the material. I then applied a thin bead of E6000 along the edge.

I then aligned the cover strip with the wrist-end of the forearm, and secured it in place with a clamp. This allowed me to align the midpoint of the cover strip that I had previous marked.

Next, I slowly worked my way down the length of the cover strip, securing it in place with clamps and magnets.

E6000 is great for this application since it gives you plenty of time to move things around and make adjustments before it begins to set. The downside is it takes approximately 24 hours to completely cure, so you’re waiting a bit once you get things in place. 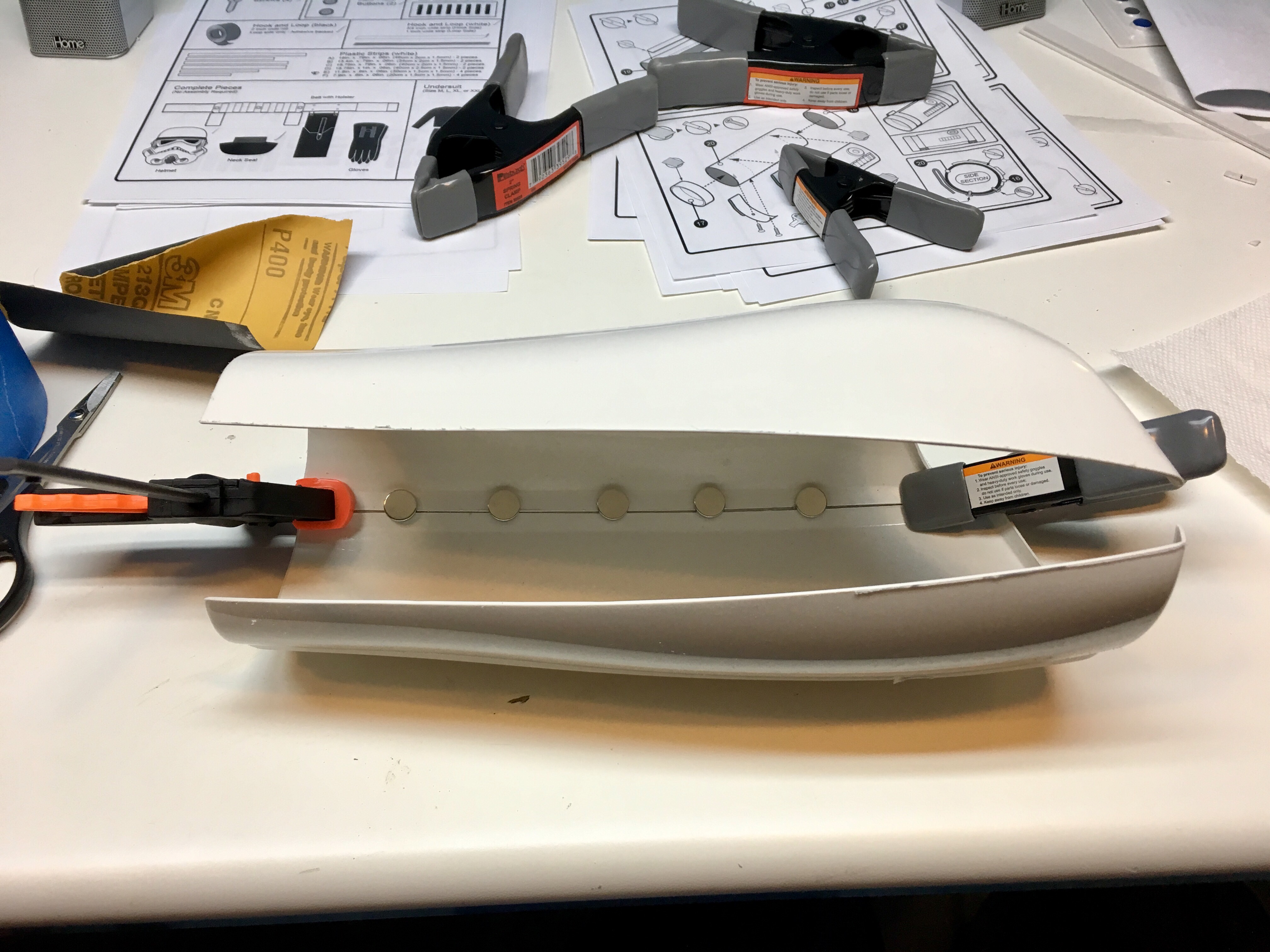 After waiting 24 hours for the first half of the seam to dry, I tackled the second half. This side was a bit trickier since you can’t use clamps in the middle. Instead, I used some magnets I picked up at Home Depot to hold the center section together.

Next up will be the rear seam.